RCRC Officers and Board Members in Washington, D.C. 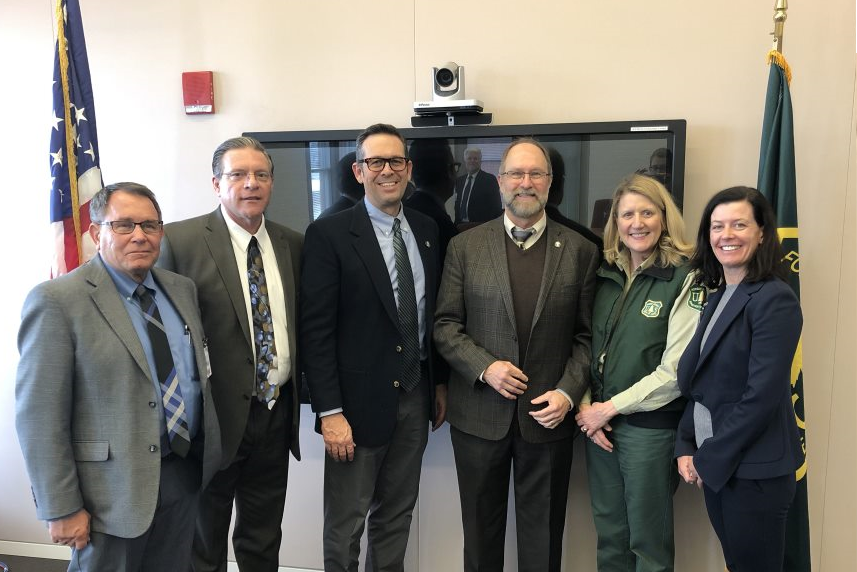 The annual event brings more than 2,000 elected and appointed county officials from around the country to the nation’s capital to focus on federal policy issues that impact counties.

Prior to the convening of the NACo Legislative Conference, RCRC’s senior leadership heard from a number of political analysts on the upcoming election contests that are occurring throughout the nation.  The RCRC delegation also held meetings with key personnel and staff, including the Chief of the U.S. Forest Service.

Provisions in Proposition 64 of 2016, which legalized adult-use of cannabis, set aside specified tax revenue from legal cannabis sales for local government grants to be distributed through a competitive process by the Board of State and Community Corrections (BSCC).

At its recent meeting, the BSCC approved the Request for Proposal (RFP), which provides extensive details on the purpose of the grant as well as a timeline for the application process.  A few details to note:

Proposals are due to the BSCC on April 3, 2020.  Funding begins July 1, 2020 and ends June 30, 2023.  The BSCC will collect information from the field to help guide subsequent funding decisions for this ongoing revenue source.

For more details on the grant program, including BSCC staff contact information for this program can be accessed here.

The Governor’s January Budget proposes to consolidate the state’s three licensing entities into a single newly created Department of Cannabis Control by July 2021. While many important details remain to be announced by the Governor, the legislative committee members conveyed general concerns with the illicit cannabis market undercutting the legal market, and they asked how legislative oversight of the newly created Department would be conducted as well as how it would improve enforcement efforts against the illicit market. Details of the Governor’s proposed plan are expected to be released this spring.

At a Senate Banking Committee hearing Tuesday on surface transportation, Chairman Mike Crapo (R-Idaho) discussed the possible payment methods for the reauthorization of the FAST Act.

As Congress explores options for offsetting the cost of a multi-year reauthorization, Crapo expressed to the Banking Committee that Fannie Mae and Freddie Mac guarantee, or 'G' fees, and Federal Reserve dividends and surplus funds should not be used as a piggybank to fund the program.

The lead Republican sponsor of the Secure and Fair Enforcement (SAFE) Banking Act, Senator Cory Gardner (R-Colorado), said on Tuesday that lawmakers are “close to finding common ground” to advancing the reform measure.

During a speech at the Credit Union National Association’s (CUNA), Gardner said that he, Senator Mike Crapo (R-Idaho) and Senator Jeff Merkley (D-Oregon) have “made great progress on the details of the SAFE Banking Act.” The bill has been held up in the Senate since Banking Committee Chairman Crapo recommended changes that industry stakeholders view as untenable.  Passage of the SAFE Banking Act remains a top federal priority of RCRC.

Last Tuesday during a review of the Trump Administration’s Fiscal Year 2021 budget request for the U.S. Forest Service, Senate Energy and Natural Resources Committee members raised concerns about proposed cuts to research and to programs that work with states and private forest owners.

Chairwoman Lisa Murkowski (R-Alaska), expressed concern that the budget request would reduce state and private forest initiatives that lay the groundwork for reducing wildfire risks and promoting healthier woodlands. The Forest Service request would reduce funding for research and development areas by 25 percent, consolidate two research stations and eliminate several research programs, including those on fish and wildlife and recreation. This includes $5.3 billion for core programs and $2 billion from discretionary to address wildfires.

On March 25th in El Monte, the California Air Resources Board (CARB) will conduct a workshop to discuss an overview of data and methodologies that will ultimately inform future regulation changes to emission standards for Small Off-Road Engines (SORE), such as lawn and garden equipment and generators. CARB intends to transition SORE to zero emission equipment at a future date to meet air quality goals.

Assembly Bill 19 (Waldron): Forestry and Fire Protection: Grant Program: Assembly Bill 19 Appropriates monies from the General Fund to the Department of Forestry and Fire Protection to be used to provide the local assistance grants for fire prevention activities. Requires the Department to prioritize projects that manage vegetation along streets and roads to prevent the ignition of wildfire and that need the funds for purposes of purchasing equipment necessary for the project. Status: AB 19 failed passage in the Assembly Appropriations Committee.  RCRC Status: Support

Assembly Bill 464 (Garcia): State Global Warming Solutions Act of 2006. Assembly Bill 464 Defines district under the State Global Warming Solutions Act to mean an air pollution control or an air quality management district. Specifies that the definition of contribution of natural sources under the Act includes contribution from catastrophic wildfires. Status: AB 464 has passed in the Assembly and awaits consideration from the Senate. RCRC Status: Support

Assembly Bill 1080 (Gonzalez)/Senate Bill 54 (Allen): Circular Economy and Plastic Pollution Reduction. Assembly Bill 1080/SB 54 requires the state to reduce the waste associated with single use packaging and products 75 percent by 2030, requires the state to set standards for what is considered recyclable and compostable, and promotes the development of in-state manufacturing that uses recycled materials. Status: AB 1080 and SB 54 awaits consideration in the Senate and Assembly; respectively (Inactive File). RCRC Status: Support

Assembly Bill 1509 (Mullin): Solid Waste: Lithium Ion Batteries: Assembly Bill 1509 establishes the Lithium Ion Battery Recycling Program in the Department of Resources Recycling and Recovery. It requires a covered entity to provide a list of covered products that it sells or offers for sale in the state to the department and the total number of each covered product it sold in the state during the prior year, and to update those lists annually. Status: AB 1509 awaits consideration in the Senate Environmental Quality Committee. RCRC Status: Support in Concept

Assembly Bill 1915 (Chu): Electrical Corporations: Deenergization Events: Assembly Bill 1915 requires the PUC to establish rules under which PSPS events can be undertaken and to do a post-event review of the duration and geographic range of an event.  If the utility failed to comply with the rules and customers incurred losses, the PUC shall order the utility to pay claims for losses. Status: AB 1915 awaits consideration by the Assembly Utilities and Energy Committee. RCRC Status: Support

Assembly Bill 1916 (Chu): Deenergization Events: Notification: Languages:  Assembly Bill 1916 requires utilities to provide PSPS notifications in various languages, to survey customers to determine language preference and determine medical needs that require accommodation during a PSPS event, and to mitigate PSPS impacts for customers who rely on medical equipment or who have a medical condition that puts them at greater risk during a PSPS event. Status: AB 1916 awaits consideration by the Assembly Utilities and Energy Committee. RCRC Status: Support

Assembly Bill 2033 (Wood): Deenergization: Spoilage Claims: Assembly Bill 2033 requires an electrical corporation that engages in a public safety power shutoff to compensate a customer for any qualified claim for spoilage of food or medication if the customer experienced an interruption in electrical service for greater than 8 hours and received less than 24 hours’ notice of the interruption. Status: AB 2033 awaits consideration in the Assembly Utilities and Energy Committee. RCRC Status: Support

Assembly Bill 2323 (Friedman): California Environmental Quality Act: Exemption: Assembly Bill 2323 repeals a CEQA exemption for a residential development project that is undertaken to implement and is consistent with a specific plan for which an EIR has been certified. Status: AB 2323 has been recently introduced and awaits consideration in the Assembly. RCRC Status: Oppose

Senate Bill 378 (Wiener): Electrical Corporations: Deenergization Events: Senate Bill 378 makes a number of changes to increase disclosure of electrical system infrastructure needs and to improve the implementation of PSPS events, evaluate their impacts, and compensate individuals and local governments for associated losses.  The bill also incentivizes well-constructed, surgical PSPS events that are no larger than necessary to avoid wildfire risk. Status: SB 378 has passed out from the Senate and awaits consideration from the Assembly. RCRC Status: Support

Senate Bill 596 (Stern): In-home Supportive Services: Senate Bill 596 requires a county human services agency to inform each applicant for benefits under the IHSS program that the applicant may be eligible to receive that higher energy allowance and any advanced notifications that may be provided by a utility in an emergency. Status: SB 596 has passed out from the Senate and awaits consideration from the Assembly. RCRC Status: Support

Senate Bill 753 (Stern): Public Social Services: Emergency Notification: Senate Bill 753 permits elderly or disabled clients telephone numbers and e-mail addresses to be disclosed to the first responder and would specifically identify a public safety power shut-off as a public safety emergency. Status: SB 753 has passed out from the Senate and awaits consideration from the Assembly. RCRC Status: Support

Senate Bill 755 (Rubio): Insurance: Residential Property Insurance: Senate Bill 755 requires specified insurers who fail to renew or offer renewal of a policy of residential property insurance to make certain notifications to a policyholder regarding other options the policyholder may have, including information about the FAIR plan. Status: SB 755 passed in the Senate and awaits consideration from the Assembly. RCRC Status: Support 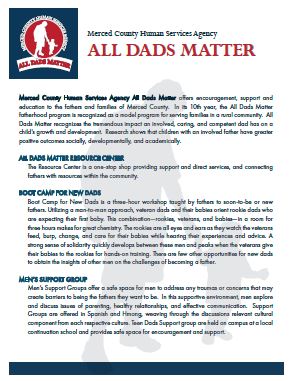